A while back, I wrote a note on my failures at getting good crimps with the hydraulic crimper I had.

My conclusion then was, "solder".

Well, I tried :). I had to make a little bonding strap, maybe 5 inches long.

First time, I cowboyed it - just stuck the strap into the terminal, and soldered away. 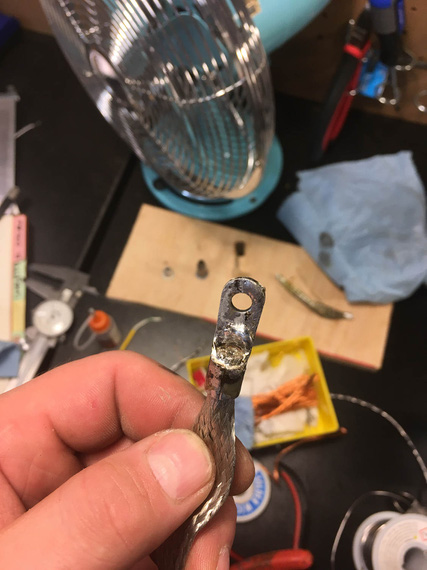 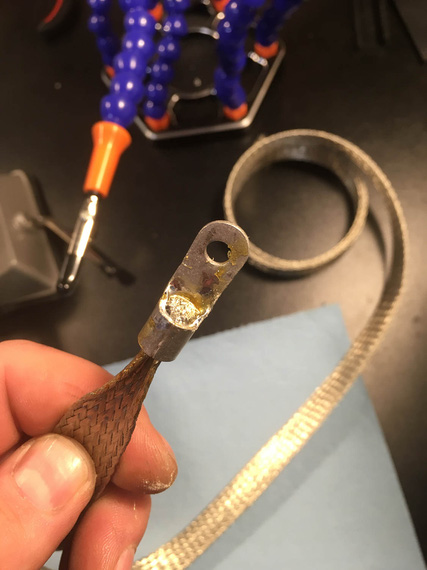 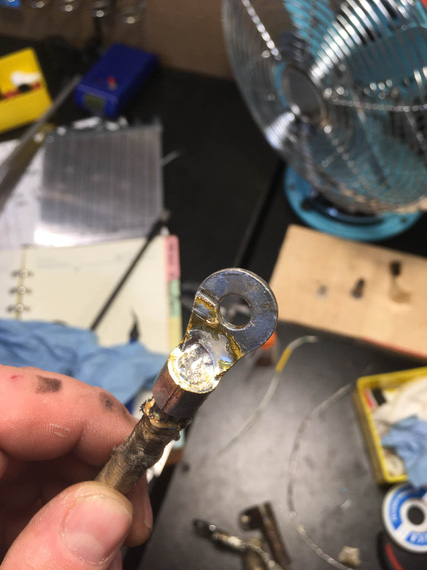 One of the better ones

I eventually started using the "wedge" trick - to wedge a piece of thick wire in between the wire strands, so that the wire gets packed into the barrel of the terminal. 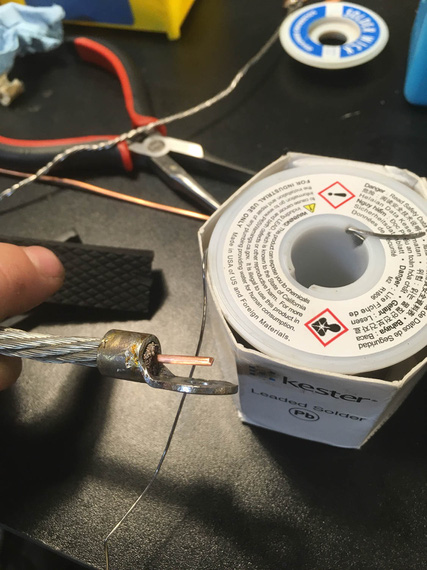 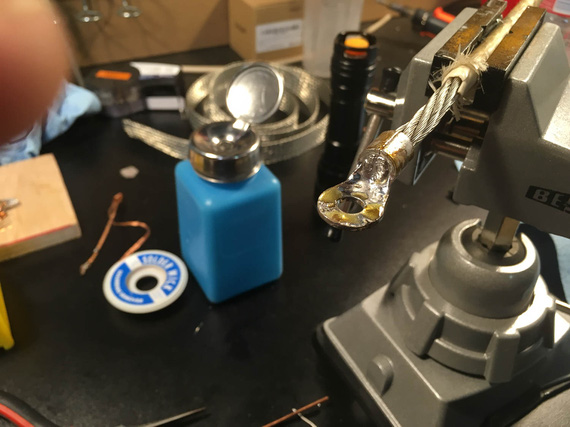 All that yellow crust is rosin flux 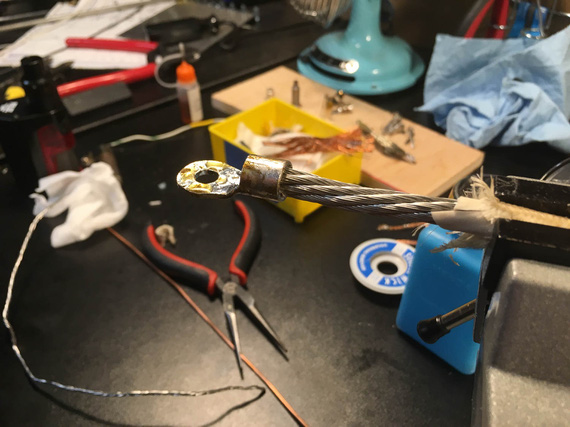 My main problem was, I was trying to prevent solder wicking as much as I could. And I couldn't. It would make 1 inch or more of the wire perceivably "crusty", and I still won't have the barrel filled in. Remember, I was trying to make a small, short grounding strap, that had to be flexible to bend almost 180 degrees. I was trying to achieve a "crimp quality" break between solid metal and strands, and could not.

When I started thinking about it like that, I realized that what I'm trying to do is likely impossible.

Solder will wick - you can control how much with technique and practice, but you can't prevent it. So my current thinking is, if you solder your large lugs, be ready to support first few inches of wire really well, so that that "crusty" portion of it doesn't move.

So, I tried to Hail Mary the crimps again. Previously, I had them just damn ugly (I linked the article above).

I got a small anvil tool (the kind you insert the barrel of the terminal and whack a pin with a hammer) from Spruce. Thought, 25 bucks was worth a try.

Those crimps were even uglier. I don't know what I expected - I guess that was an act of desperation? I didn't even take a single picture.

But then... I had a minor epiphany.

With the Harbor Freight Crimper, dies are not properly ground for wire sizes. But. But.

Just like with hammering, we can crimp progressively until we "flow" all the strands and the barrel into one solid piece!

Here's the approach (okay, this is the final procedure, first try did not include turning - but I did it (admittedly, accidentally), and liked the results a lot). 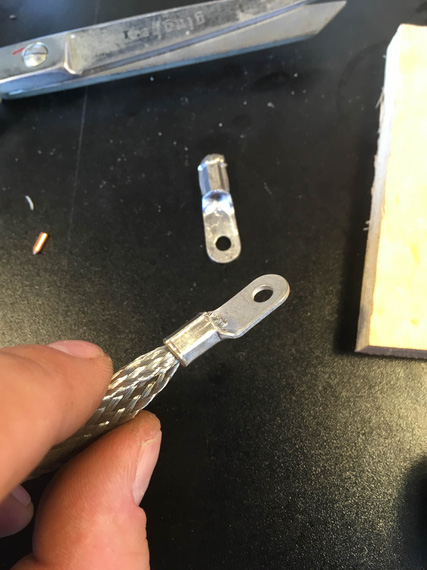 If you don't do the turning trick, it'll still be pretty; but with just a whiff of those "wings" present: 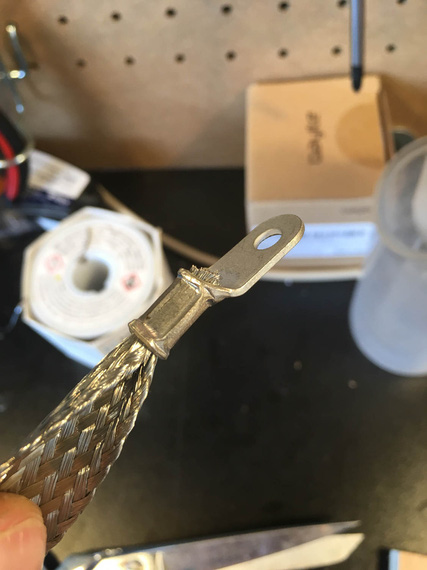 All all this was what... five and a half hours?

Well, I guess, that's the "education" part of the "Education and Recreation" charter of E/AB aviation ;).

Cessna pilots are always found in the wreckage with their hand around the microphone.