Since all my tools were already in the vicinity of the back hole, decided to finish doing everything around the panel in preparation for actually running the wires (which will come at the very end).

They were done quite some time ago. I center punched the holes in the panel for the #2 attach screws when test-fitting the placards, and left them at that. 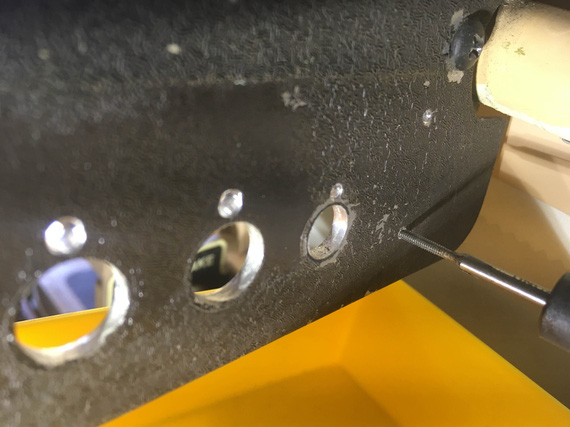 That is a #2 tap, mind you! Tiny! I used a ratchet adapter; and didn't even need a ratchet - was just rotating it with my fingers. 1/2 turn in, 1/4 turn back. Slooooowly. 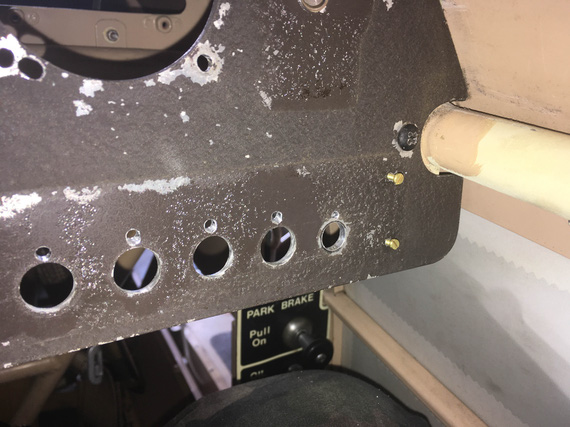 ..and the placard went on nicely, too. 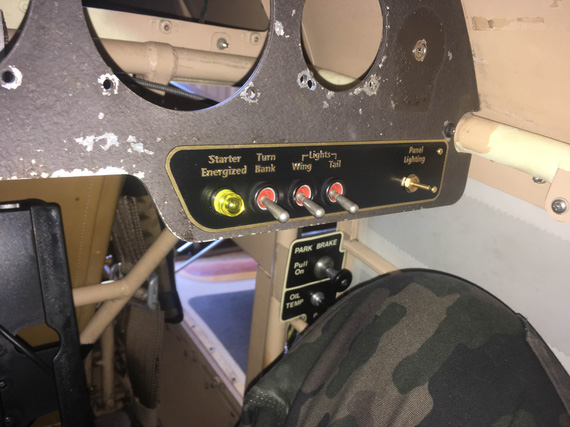 Switches will be coming out one by one one last time later, to get wires attached to them, and to get all the hardware locked with washers/Loctite.

In the original setup, switches and fuses were on opposites sides of the panel (now both sides are occupied with switches), and the harness ran kinda loosely in between those sides. 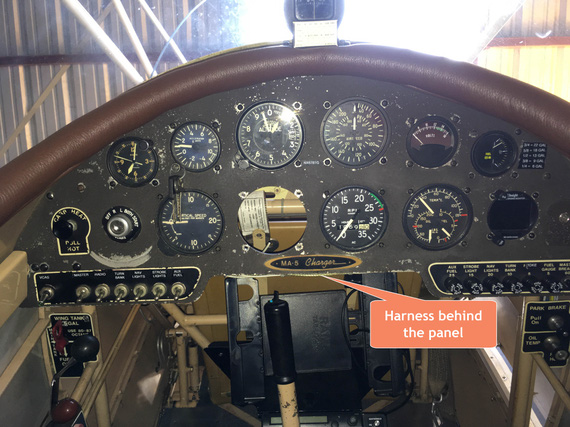 I didn't like that bunch of wires not having any kind of support, and wanted to add something.

Having all those gauges clustered right above the harness, I wouldn't have had any room for the "raw" clamps attached to the panel in any reasonable way.. but, if I put together some kind of "standoff".. kinda like... 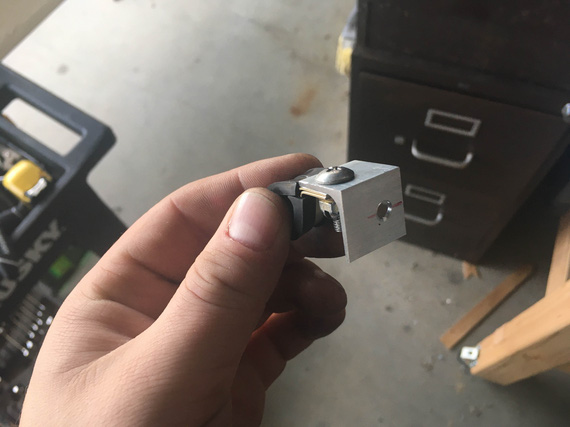 Clamp on the bracket

that! (This bracket courtesy of my Polish friend Mr. Wojciech.)

I made another one, and took some weight reduction measures, too. 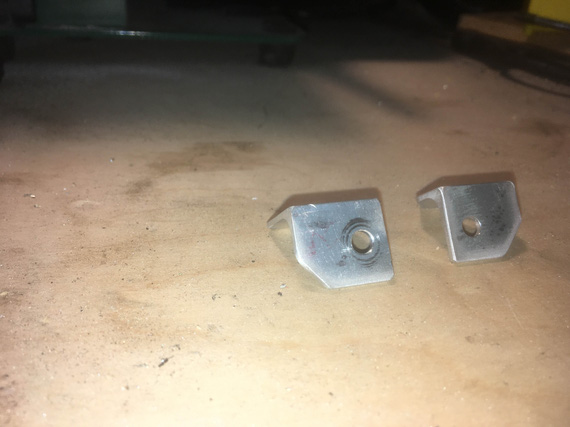 Then, located and drilled the holes in the panel for them. 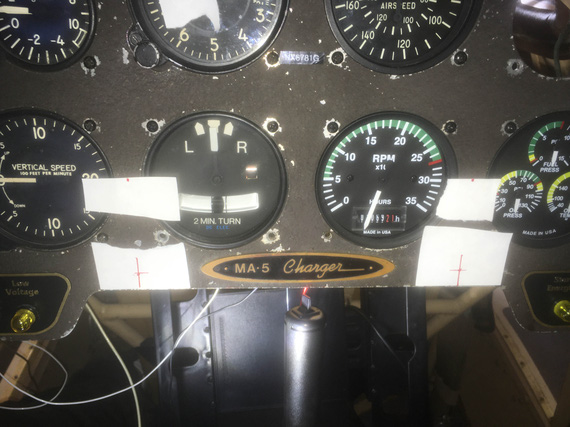 Using tape to mark out the holes

And, here they are. Notice how harness will end up below the gauges, not interfering with them. 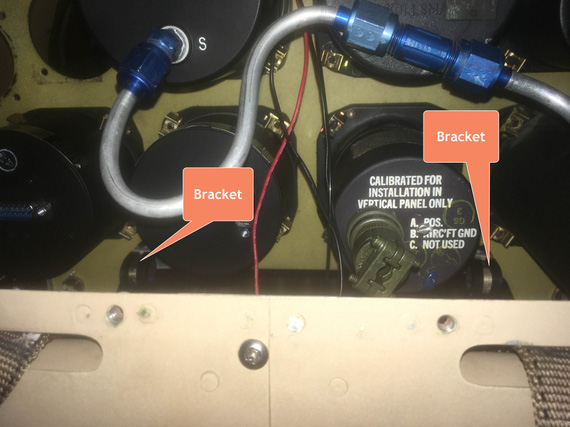 Here is how they look from the back, with some "test wires" run from the switches thru the ADELs. 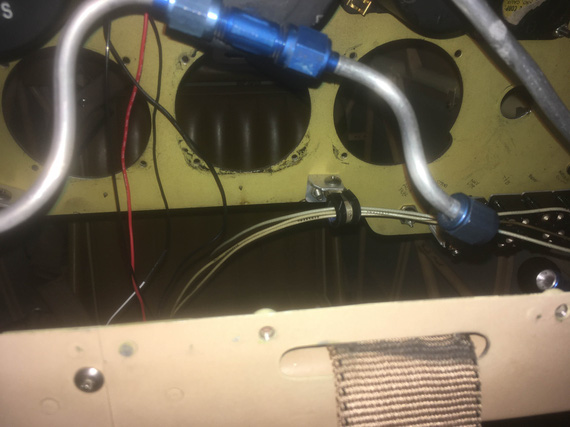 Nice, short, concise, and almost no misery this time!