After my first run, one of the things that I quickly discovered was that the oil cooler hoses leaked from behind the hose ends.

Of course; the only two engine hoses I have not replaced must leak. That's just Murphy's law.

And of course, since I was messing with it, I had to tweak it to my liking, and I am glad I did.

I wanted to replace these two fittings. 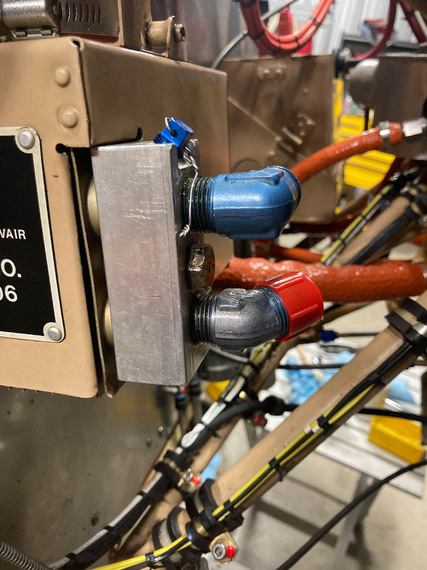 They were both aluminum, and one of them was scratched - I didn't like that; and I like steel fittings on thinks like this. Plus, the hoses are long and heavy. I'd feel better.

So the oil cooler had to come off, so that I could take off that aluminum.. "manifold"? block off of it, stick it into a vice, and undo the fittings.

To do that, I had to remove the shroud... attached with screws, some of which I very conveniently blocked access to with my new brake line I relocated. 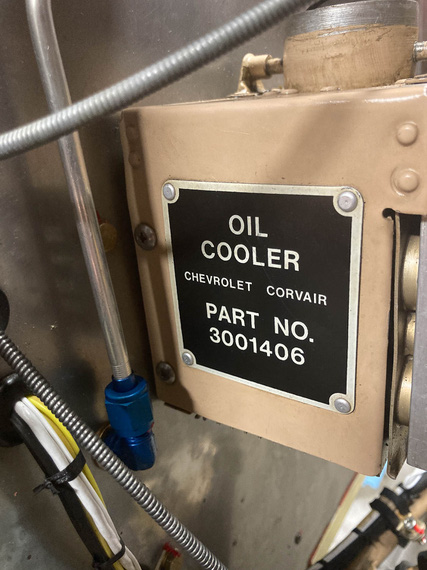 Custom ground and shortened Phillips bit was in order, and that helped me undo the screws.

Then, the manifold block came off.

You can see in the first picture above that the block is held to the cooler with a large bolt - going thru the cooler, with it's nut on the other side. There must be some kind of sealing between the cooler and the block, right? 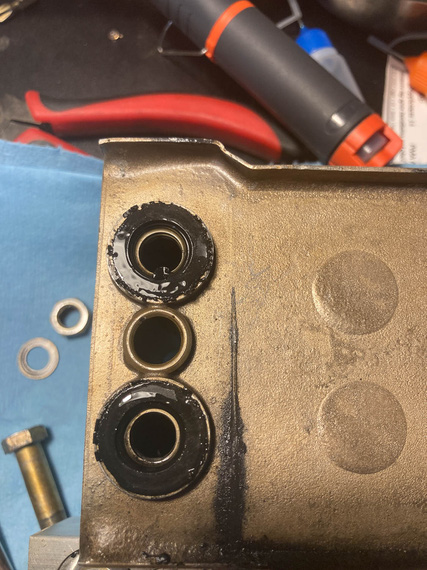 Now, this is a Corvair cooler - and I learned that they interface to the motor on the original car using these rubber donuts - but these seals looked nothing like Corvair's. They instead were these weird step-washers - one side interfacing to the surface of the oil cooler, and the other - to the grooves machined in the manifold block 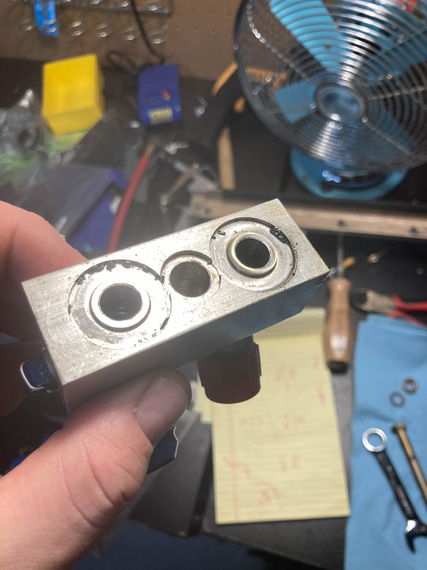 Seals interface on the manifold

What probably happened is Remo, or whomever installed this cooler, had some seals lying around, machined the block to fit them, and called it a day.

Trying to find these yielded no results - but I got an idea.

O-Rings. If I found the o-rings of just the right size and thickness such that they would be just a bit bigger than the distance between sealing surfaces, screwing the manifold block back to the oil cooler would squish them tight, and they will hold the pressure just fine. 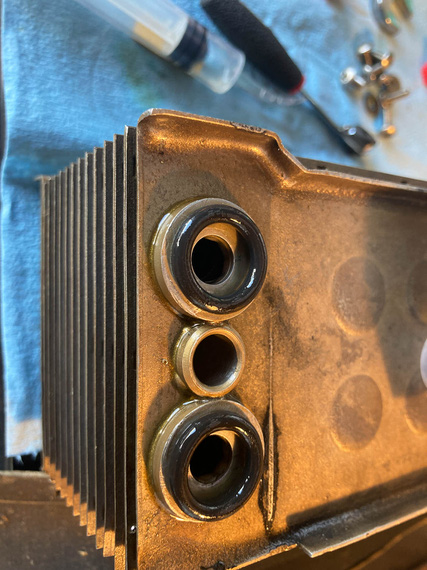 These were a bit too big, but the next size smaller worked out. I wrote it down for the future (but I do have a bag of like a hundred of them, too). Made sure the temp spec on them was in the range, too, and that they were okay to use with engine oil.

Meanwhile, also cleaned up all the ragged edges, cleaned up the threads inside the manifold, got a couple of new steel fittings, and a couple hoses from Tim at TS FlightLines.

The rest of putting the thing together was a non-event. Oh, and I ended up using hex-head screws for the side where access was blocked off by that brake line - so that they could be tightened with an open end wrench. 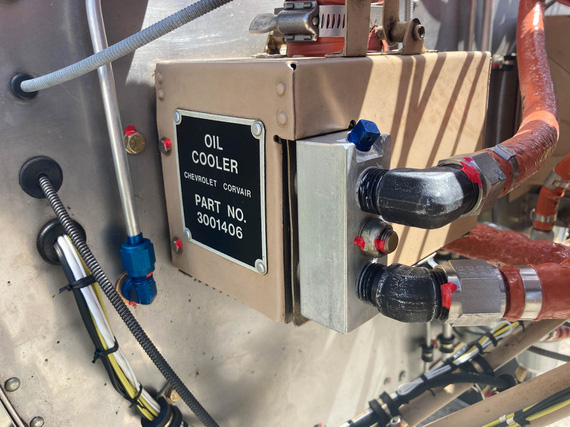 "Approach, what's our sequence?"
"Calling for the sequence I missed your callsign, but if I find out what it is, you're last."
-ORD ATC