And so, we're onto the race to the first motor run. I am writing this about a month later - according to the log, the motor was started up September 19, 2020.

Finish mounting the starter was no problem: clean up the threads, clean up the studs, torque, done. Then, the alternator.

Belt tensioning... too annoying by hand, but it took me a while to stop trying and become sensible. 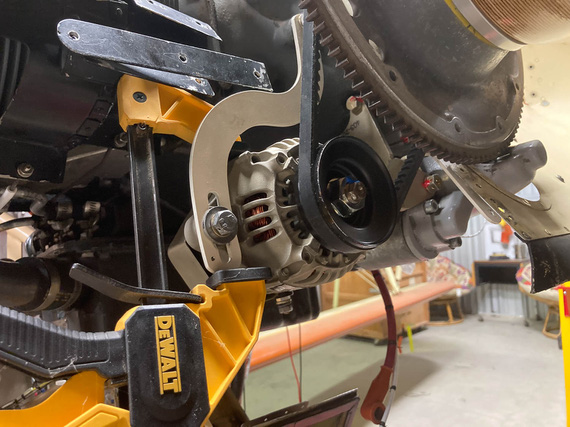 You gotta safety two bolts over there, and I decided to make it nice: for the bottom (pivot) bolt, drilled a tiny hole in the bracket lower than where the alternator would be, and for the top bolt attaching the bracket to the motor... hmmm...

Somewhere on VansAirforce someone used a cherry rivet as a "hookup" point for the safety wire. I thought to one-up that, and use a short #8 screw - drilling it's head. 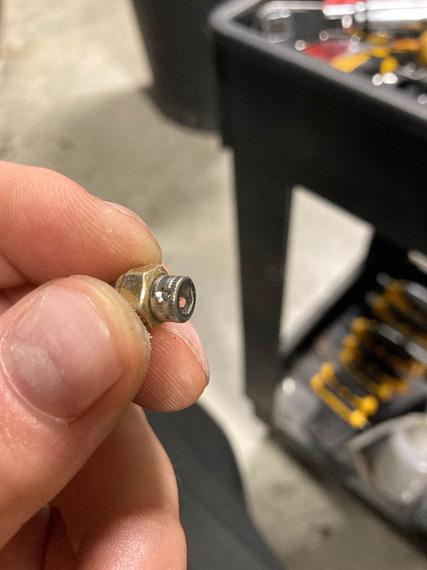 Side, fun, story: quite a while ago I ended up bidding in a machine shop liquidation auction. Got quite a few nice things, including a very heavy duty bandsaw - and, accidentally, a massive cabinet full of tooling. Anything you could imagine: inserts, drills, taps, slitting saws, you name it. In all shapes and sizes. When we moved the cabinet, we emptied it into about 10 boxes, so ... I did have a #8-32 tap. In fact, probably about 20 of them. Question was, which one of the boxes were they in.

... apparently, in the one on the top. Hmm. This kind of luck is unusual. 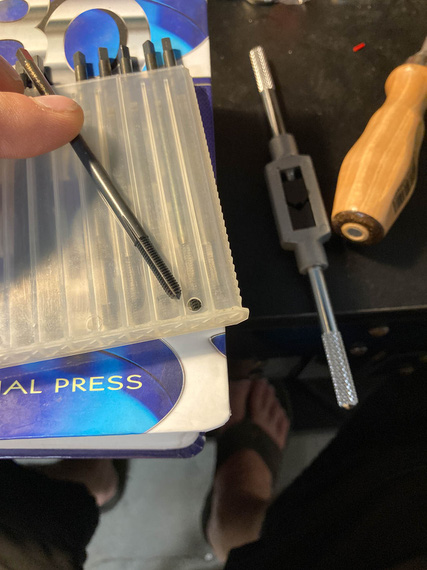 Look at it carefully. Does it look like a regular tap we are all used to?

Didn't to me either.

So to researching we went.

Aha! "Threadforming" tap. AKA "Cold Rolling". So that's how they're done. Rolled threads are formed into the metal rather than cut; giving them superior strength. Basically, the tap shapes the metal, displacing it in the valleys and raising peaks.

Company that made these taps was advertising them for CNC milling. Well, what's a human if not a bio-CNC machine?! 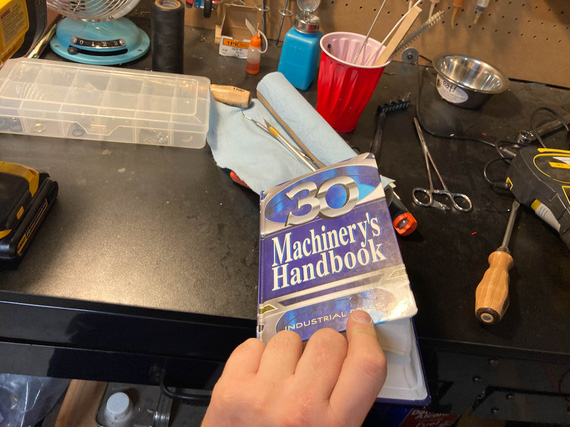 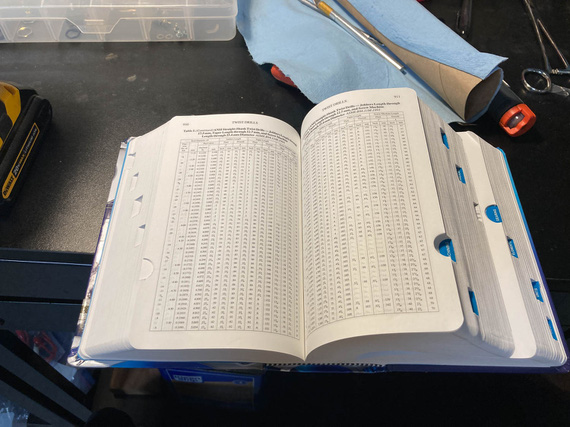 And with that, the affair was a non-event. 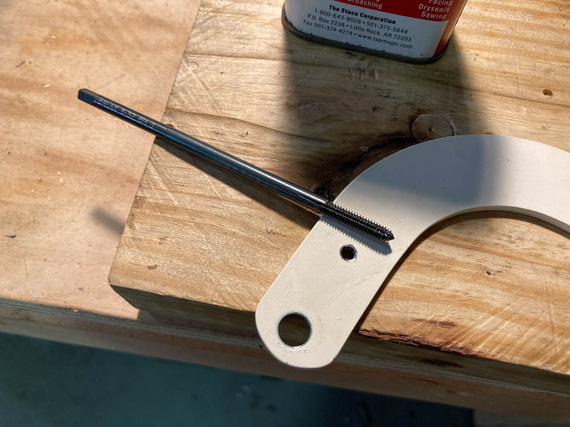 Actually safetying was annoying - I had to try twice, because I had to use a hand-twister and you had to get the length just right. 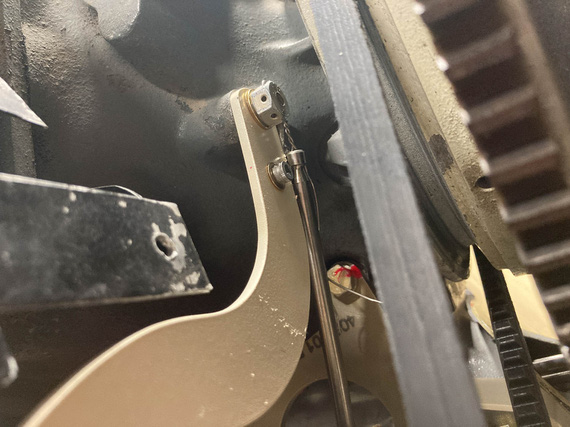 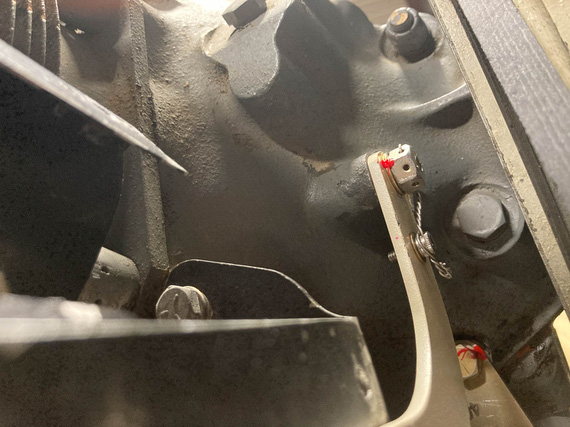 That thing needed to be put back on, and carb final torqued with a new gasket. Cleaned it all up inside as much as I could, and had to cut a couple of special gaskets that I can't for the love of me figure out where to get (carb's base is different size from the top - and this is an "airframe" problem - read, "no standard part from Marvel or Lycoming I could find reasonably"). No problem. Used the same material Lycoming used for their gaskets, ordered from McMaster, and made me a couple. 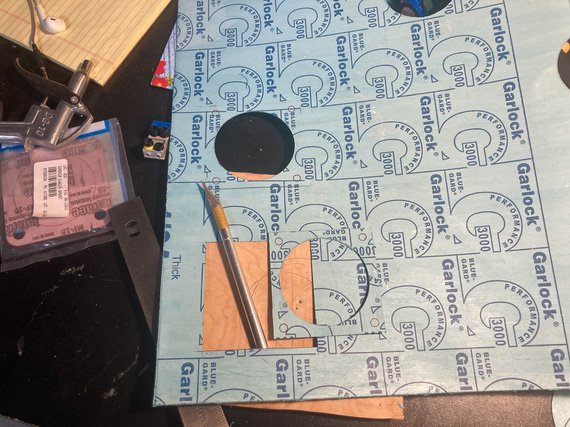 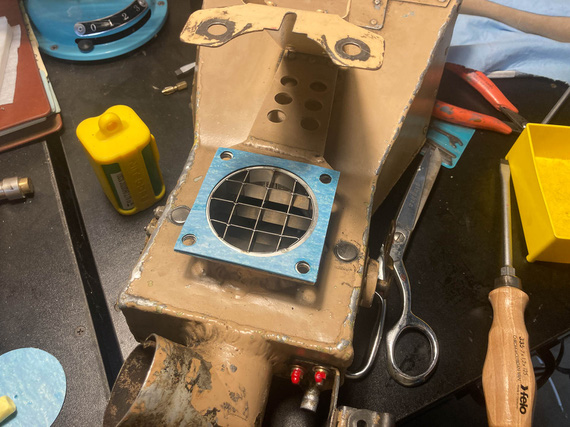 Perceptive will see the "airflow straightener". Glenn had it on when he put on the Rotec TBI, and in the times of my research of TBIs, I have discovered that some folks claimed they helped on carbureted motors as well. Well, it definitely won't hurt - aside from my having to do two gaskets instead of one. No biggie.

One interesting thing that happened. I had to drain the carb bowl of all the preservative oil, and flush it, so I took off the plug, drained it, and started putting it back in. Plug's an NPT thread with torque listed by Lycoming in SSP-1776 at 144 inch pounds.

Hmmm.. I noticed it was going in way deeper than it was in before, and way "harder" than when I took it out.

Hmmm.. Well, it's Lycoming, they know what the hell they're talking about. So in it went, at 144 inch/lbs.

But this bugged me. I think some other day I pulled out the Marvel's manual. 25-30 inch/lbs?! WHAT?!

I finally figured it out. In SSP-1776, in the table for special torques, Lycoming lists the plug to have 3/4 pipe threads. Mine were 1/8 NPT. Lycoming's torque for those is 40-44 inch/lbs. Still higher than Marvel, but much closer now.

So, I undid the plug, that cut a bit of the tapered thread "deeper", of course. And put it back in, with the right torque this time.

And then, minor stuff here and there. Cleaned and prepped spark plugs. Put the exhaust back on. Tightened things that had to be tightened. Charged batteries. Tied up everything hanging loose. Gave the plane a good look all over.

We were ready for the final day. There were a number of things I needed two sets of hands for, and I had just the man lined up.

My buddy Mr. N. agreed to help, and be my observer and fireman (just in case). Mr. M. was extremely inquisitive about how we're gonna be putting out a burning airplane, and I had to explain a number of times that the goal of an exercise of starting a motor that's been idle for a year is not to have it go ablaze, and having a fire watch nearby is a part of prudence, not expectations. He seemed to have been disappointed. I would be too, if I was 5.

So, on a nice Saturday, we went to the airport.

First, drained all the pickling oil. Took off the prop (because we'd have to spin the motor to pressurize the oil lines). Put the fuel pump back on. Tightened all new fuel lines, and leak checked them. Mr. M. used my fancy "button with alligator clips" to turn it on. Put new oil in, primed the oil cooler and pump (and this is fun in this airplane, because there's no oil filler neck on the motor). Checked control cable travel, and final cotter pinned them. Checked brakes again (though we bled them when I finished fixing them up).

Then, came the pressurization, and purging of oil lines, time. Mr. M insisted that he wants to "press the button" - which would put +12V onto the starter contactor; bypassing my normal starting circuit (latter would make the left mag hot, and I didn't want that).

Now, starters with a motor with removed spark plugs are fast, loud, and annoyingly sounding. Mr. M. pressed the button. Jumped a bit. Grimaced a bit. He clearly didn't expect it. I didn't see it, Nick told me afterwards - I was watching the oil line. I yelled "Stop" when I saw the oil come out, and looked at Mr. M - who, at that point, was shaking and at the point of breaking down in tears. But! He didn't let go of the damn button. Man. 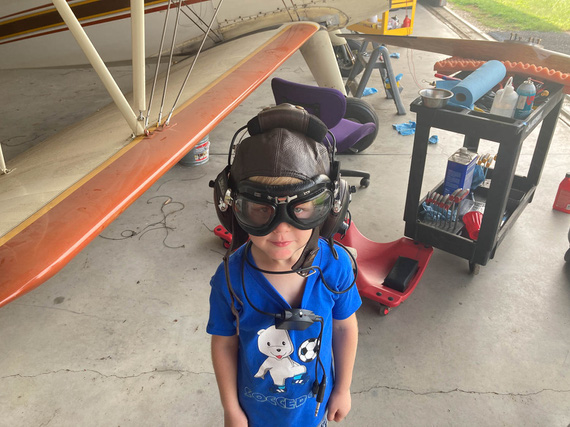 And that was that. Plugs went in, and we were ready, but broke for lunch, first. Mr M deserved his hot dog. 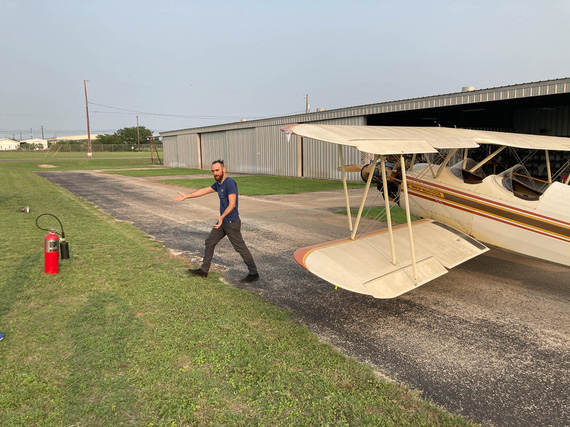 ... damn, that old Concord battery removed from the Cheetah years ago is weak and barely pulling thru.

... second try: no primer, so I have to pump the throttle a bit.

I let the temps go up just a bit, and called N. He confirmed everything seemed to have been fine. We shut down, and went over every fluid fitting. All good.

Started her back up - I wanted to warm the oil to a reasonable temp and let her circulate for a bit, maybe 30 minutes - to get the juice flowing again.

On the second run, I revved her harder, and smelled something. Smelled like... burnt wiring? N. went around the engine, all wires, and everything he could see or think was close to being to a hot surface, or an electrical doodad. No signs of trouble.

We decided to proceed.

She ran just fine. I think we ran for about a total of 30 minutes. Shut her down, dragged her in. Went over the wires again - all of them. Nothing, all clean. There were no bad indications on any of the electrical instrumentation, either. So at that time, we left that as a mystery to be solved.

Helicopters don't fly. They beat the air into submission.