Baffle seals on this plane are original reinforced neoprene rubber, and they were in pretty beat up shape. There is a lot of gaps, they sag in places, making the seal really not that good.

So one of the things I decided to do is to redo them.

Pardon the cruddy pictures; but those ones are the only ones I have :(

One of the things I noticed immediately is that baffle seals were turned the wrong way in the nosebowl area; where the front "air ramp" joins the bottom of the nosebowl.

Here's the nosebowl and the front ramp: 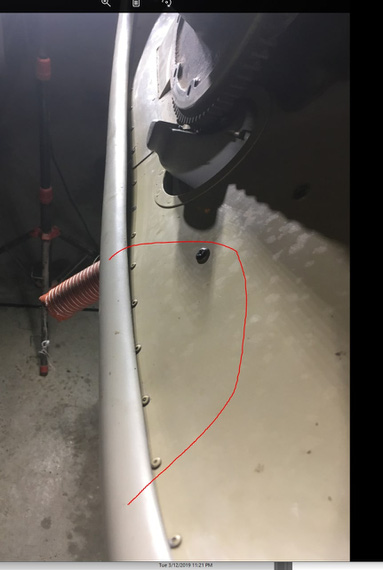 Notice the circled area? Here it is, from the back:

That marked rubber seal is in the circled area. Notice it's turned the wrong way; "into" the cowling, rather than away from it? Ram air hitting that front "ramp" will "bend it in", and leak into the underside of the engine compartment - precisely where it's not supposed to go.

Naive me thought that it was just wrongly installed - the rubber needed to have been folded up and out, "into" the lip of the nosebowl. 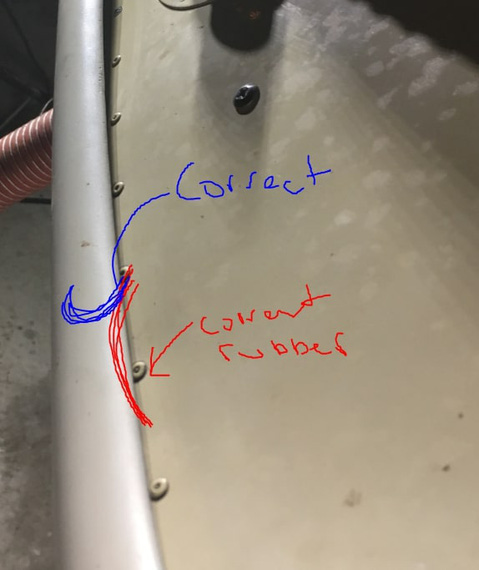 There's just not enough room there. Everything is super tight. The seal just won't go there and stay there. There's just no room.

Look at the above two pictures - inside and outside - again. You'll understand why. Use pop rivet line as your reference.

Here's where the problem gets worse. Ramp is really thin - so with just a mild pressure, I can make that gap between the ramp and the bowl 1/4 - 3/8 inches. Guess what happens when ram air hits it... :) 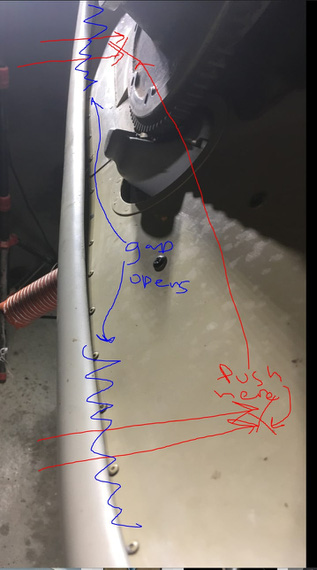 What ram air does...

Okay, so then I went digging.

I thought this was a standard bowl. I was right!

It's an old Comanche single style bowl (I think). 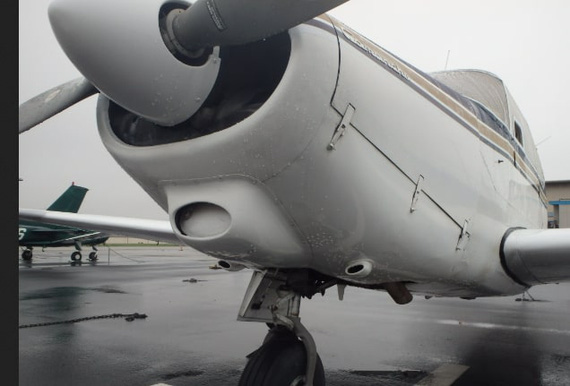 Here's a guy making replacement ramps for Comanches, with some good pictures. 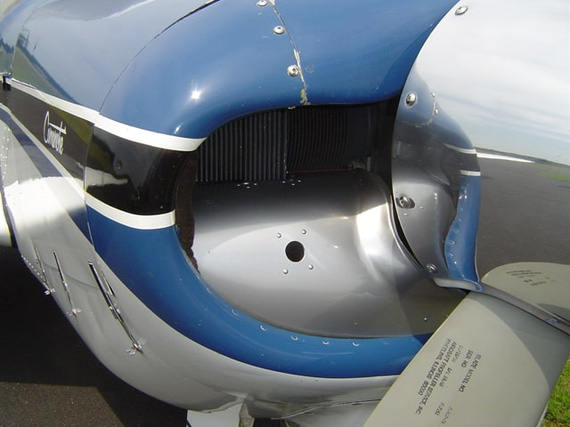 Front ramp on a Comanche

Okay; see the difference? Comanche ramps are curved the other way. 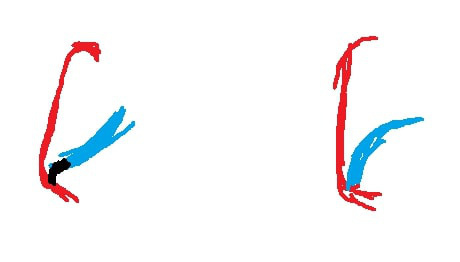 Changer vs. the Comanche

This is cross section. Mine's on the left, Comanche's on the right. Red is nosebowl; blue is this ramp, and black is my baffle seal.

Mine is "concave". Comanche is "convex". So if I got my thinking right, this makes the Comanche version more rigid facing the wind.

Drawing from the Comanche's parts' manual confirms this proper curve. 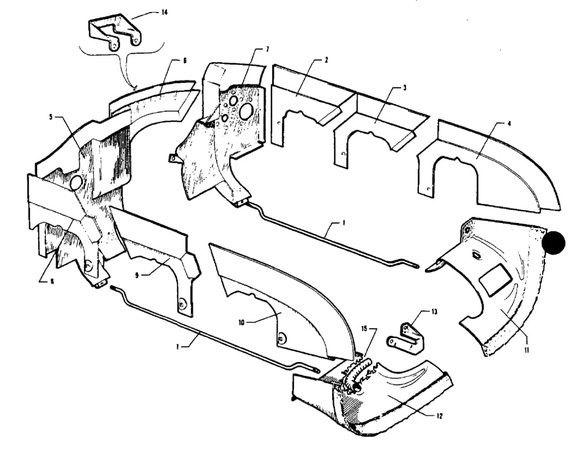 The parts I'm talking about are numbers 11 and 12, bottom right corner.

But how the heck do they seal them? Notice that the material on the drawing above seemingly has some "dots" on it (as opposed to the rubber material on the side baffles).

Well, back to our "remade Comanche front baffles" guy.

Well, I guess that makes sense. Felt wrapped around the front ramp.

Felt is thick and, contacting the nosebowl, I guess, will create a good enough seal if the ramp is rigid enough. I am guessing that Comanche's ramps are way more rigid than mine due to that opposed curve.

So where are we at with all this?

Remo probably built this noseramp himself. It looks very custom. It's too thin and doesn't have rigidity - ram air will flex bend it "into" the cowling. It's not sealed properly practically along all of that bottom edge between the bowl and the ramp.

The only hope for it is that it's aerodynamic-ish and looks like a "dozer blade" - curved up. Maybe the nosebowl lip deflects the air enough for it not to go under too much:

Can I replace the current rubber seal with felt?

Maybe. The front of the engine moves. The ramp's aluminum is very light - I am afraid that if I were to add any reasonable quantity of felt to it to hold the seal tight it will warp the aluminum via relative motion of that ramp (hooked up to the engine) rubbing on the bottom of the nosebowl. Or worse yet, make a hole in the bowl.

Can I replace the ramp? Well, everything's possible; but that's a massive undertaking. That ramp / nose baffle, Comanche-style, has that compound curve, and I don't have time or skill to do it fast. 2 months? Maybe, if I get lucky. BTW this is probably why Remo did it this way - because his is just an aluminum sheet, wrapped around the front of the engine, "neck cone" style, and cut to fit.

After discussing this at length with my good friend Ben, we settled on testing this out first to see how bad the air flow going "under" will be. I can mark the bottom of the nosebowl with some tinted oil, and go fly. Oil streaks will tell me if the air is flowing under a lot, or not so much.

I'll also replace all the other baffle seals, which will improve cooling. There's a lot of gaps to RTV, too.

I don't want to replace the bottom nosebowl ones, because actually there the rigidity of old neoprene rubber seals should help...