That's all been eaten up by a couple projects. One of them ended up being a complete redraw of all airfoil sections on the lower wings on the Skybolt; and nothing to write about (no pretty pictures, very routine work). Just lots and lots of cleanup.

Another one... was me following an old Russian tradition.

You see, during long winter months Russians' desire for fruit and vegetables (and mushrooms) is satisfied with pickled everything. Cucumbers, tomatoes, cabbage, grape leaves, dill (!), apples, garlic, fish (haha :) ), and other things which I don't know English words for.

My genes are calling. It's fall, and I had to pickle me something.

It was.. a disassembled Lycoming for the Skybolt!

Some weeks ago, a gentleman posted on the Forum about him selling an O-360-A4M, all overhauled, yellowtagged, and such, by Superior; with higher compression pistons from ECI, with everything needed to put it together minus the sump and accessories, for a very attractive price.

Best part was, it was disassembled, so I am to get all the fun putting it together without the disassembling and sending parts out for overhaul (and well, paying for that too :)).

In short, it was a great deal.

The problem? Well, I will not need it for quite a while. 10 years maybe, if I go with the speed I'm currently going at.

I figured, assembling and pickling it after would be a bad proposition. A much better one would be to pickle it part by part.

As usual, started with a thread on the Biplane Forum.

At the end of the day, I ended up using three things. 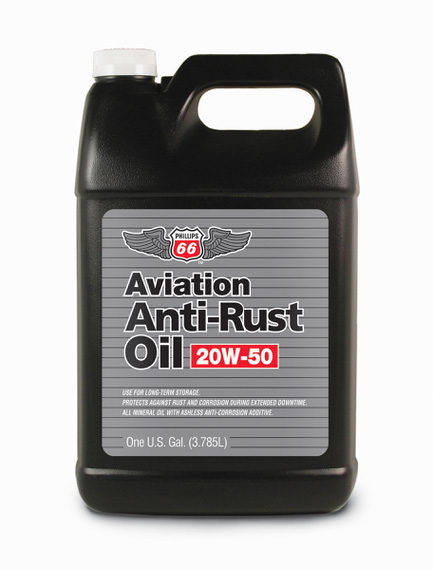 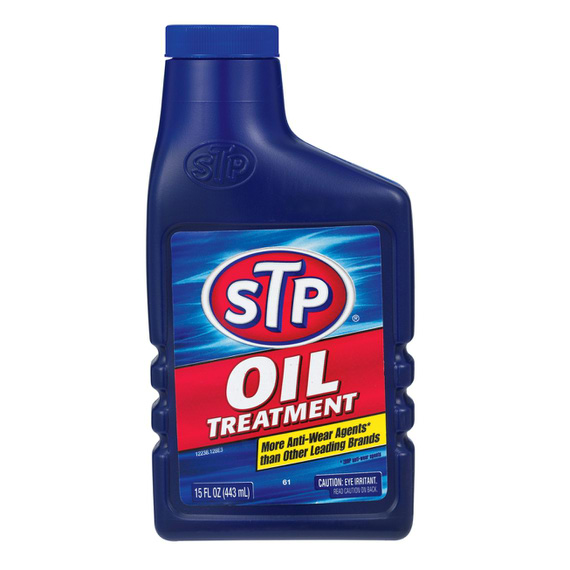 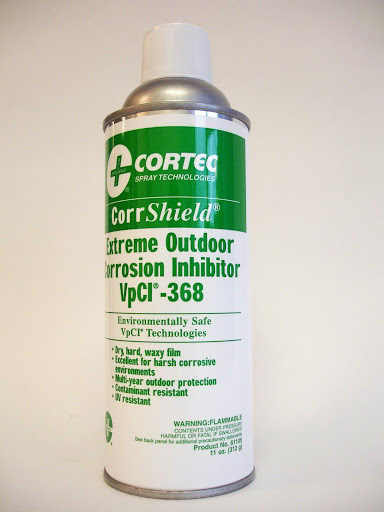 This latter substance is amazing. It's mineral spirits soluble, moisture displacing spray-on stuff that can protect up to 2 years in outside (!!!) storage. I'm storing the engine parts inside my house, so I figured it will do very good for a much bigger number of years.

It sprays on, and then dries over a couple days to consistency of candlewax. A bit sticky, but very tough. They claim it's scratch resistant.

Just in case I missed something or ended up scratching it off; I decided to also put a thick layer of Aeroshell grease on everything that's covered with CorrShield. Just in case. 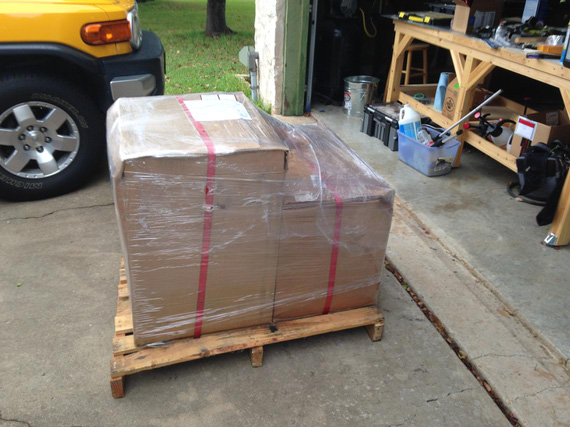 For smaller pieces, I first wanted to put them in sealed sandwich bags, with some STP / Oil 50-50 mix, and squeeze all the air out. 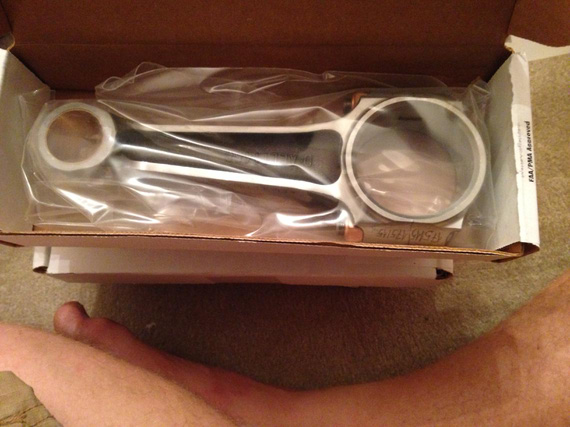 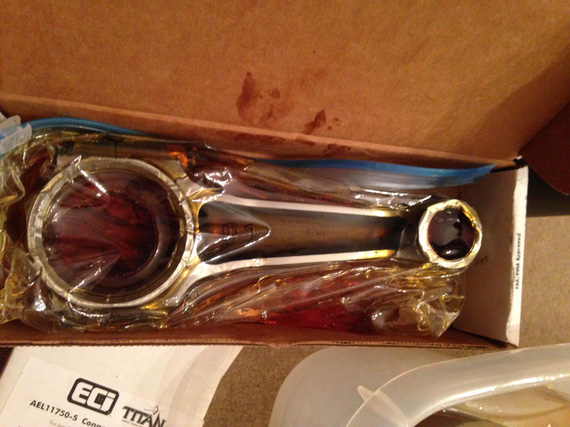 Now in the baggie with STP/Oil Mix 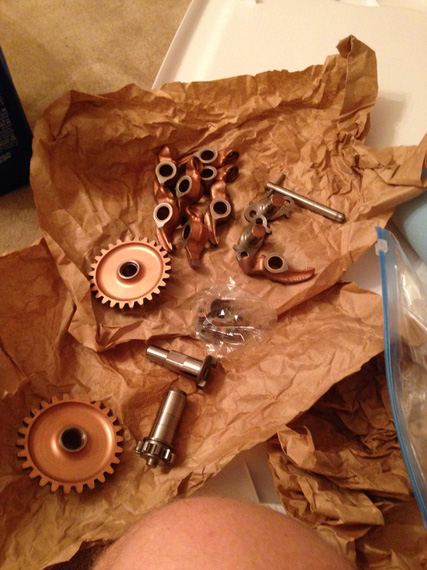 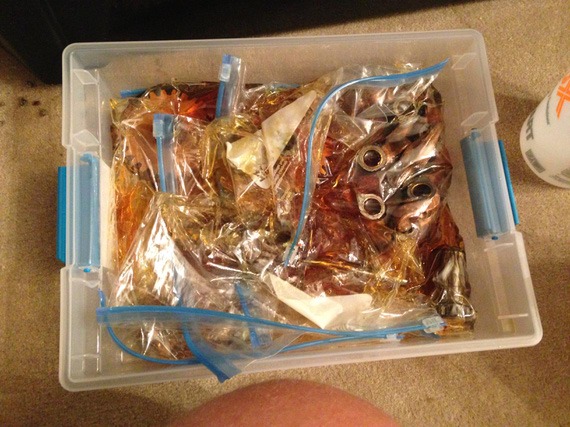 But after them sitting like that for a couple days, I didn't like how all the oil drained to the bottom of the baggies. So instead, I submerged everything in 2 oil/STP baths. 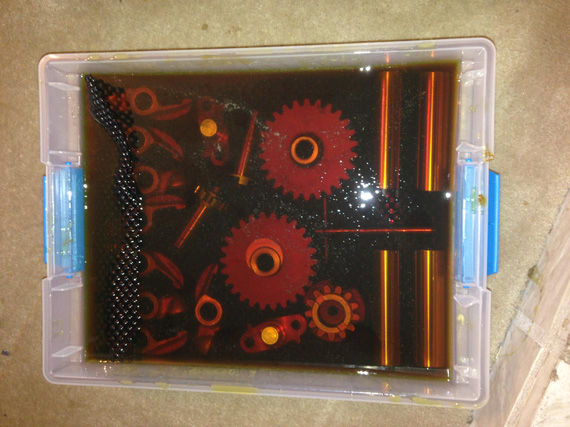 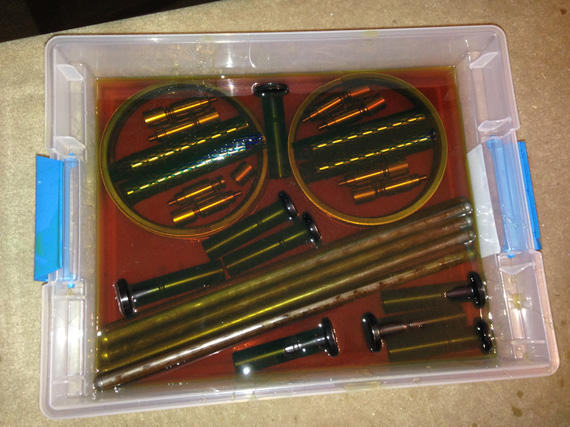 At this point, I ran out of oil and STP... And I had too much of CorrShield and grease -- and, after playing for some time with CorrShield and seeing how tough it is, I decided to use it on everything that didn't get into oil baths; even on smaller parts. 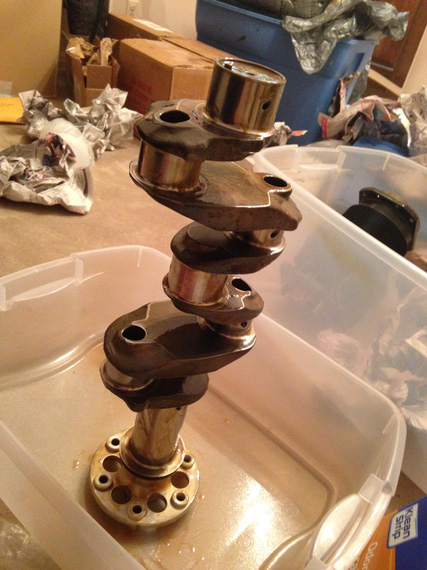 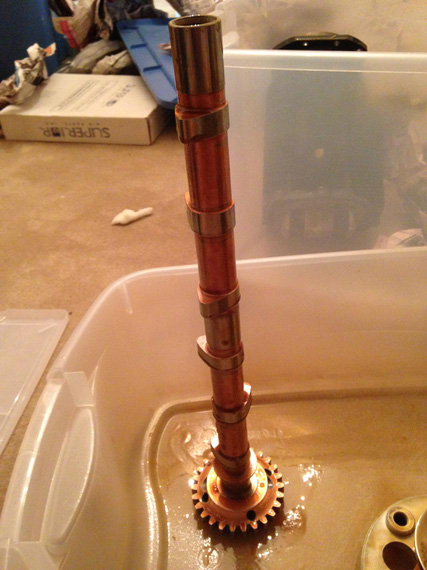 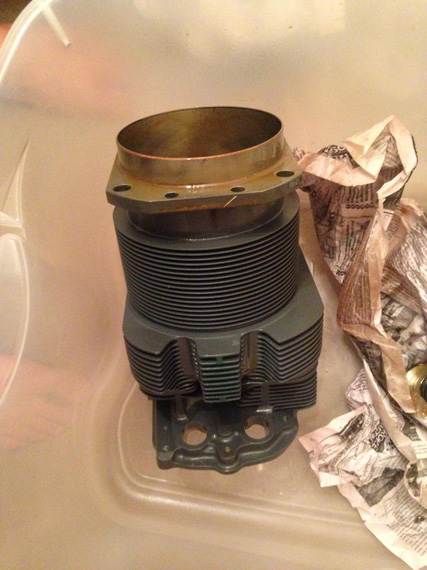 One of the jugs 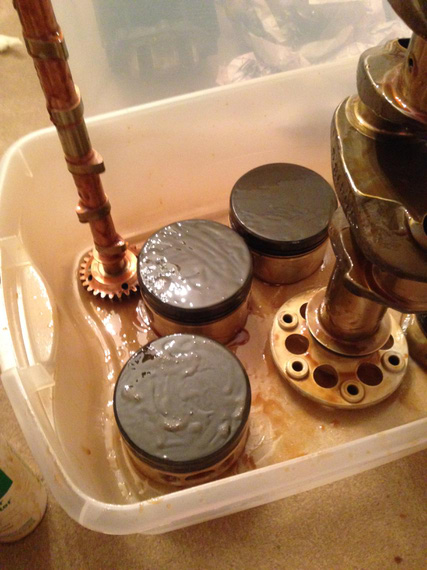 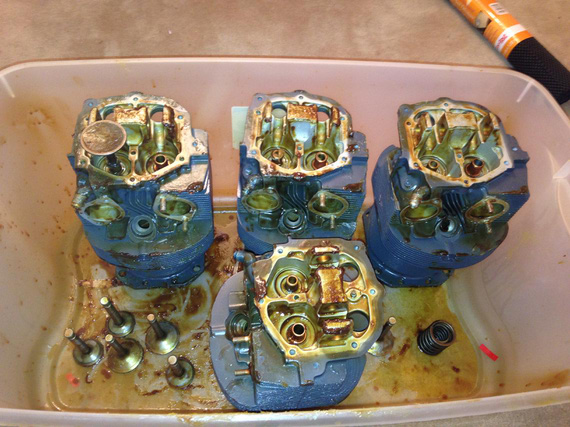 Jugs, right side up and tops CorrShielded and greased. 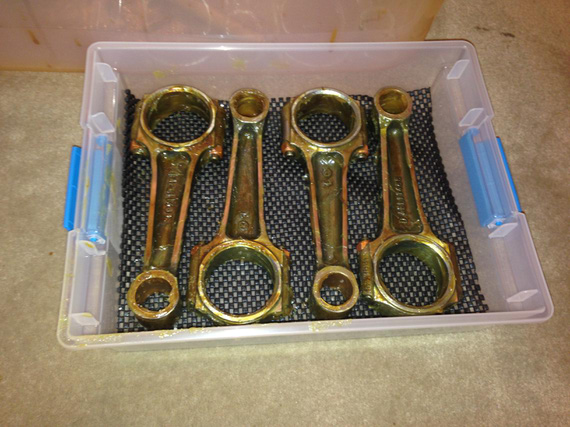 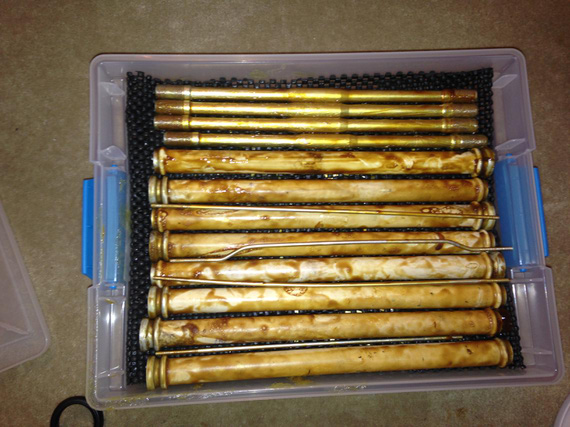 Thru studs and pushrod tubes 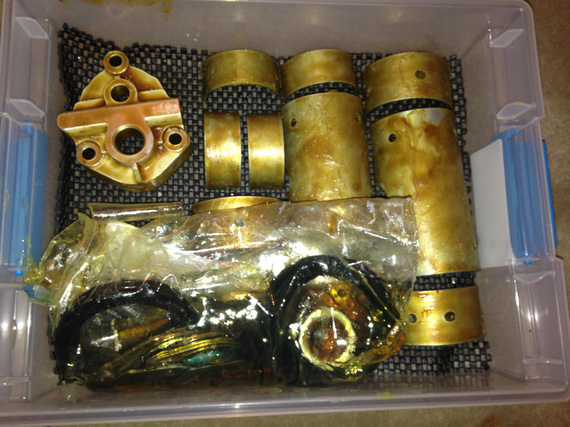 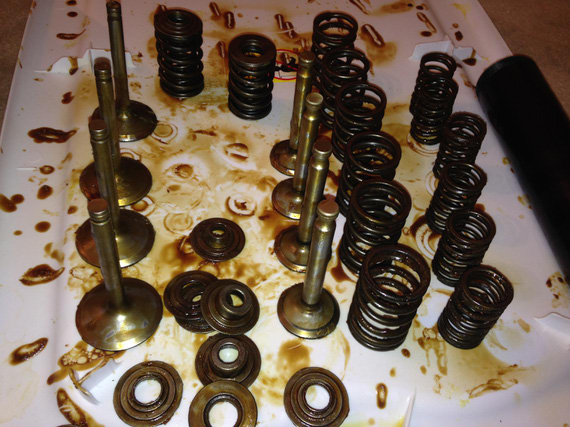 This project took a couple weeks worth of evenings; and now my inner Russian is completely satisfied with his stash of pickles!

"I am way too busy for anybody to cancel on me."
-ORD ATC