A couple things have been always on the back burner - fuse blocks, and finishing up the oil cooler bowden hookup.

In between waiting for completion of The Thing I Am Yet To Write About, finally, checked those off the list.

Location was figured out a long time ago, and I just clamped them in place, center punched the holes, and drilled them. 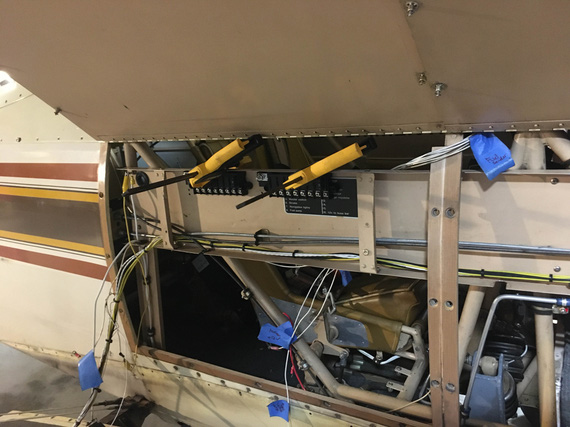 Clamped in place for hole marking

One little bit was to figure out the exact fastener lengths and washer stacks, because the right one had it's right (forward most) end riding on top of a reasonably thick aluminum placard you will see much better in the following picture. 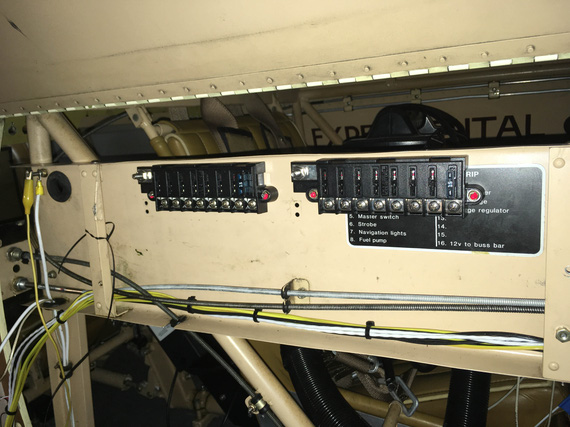 You are forgetting, my Dear Reader. We here are in the misery business. Look carefully at the curvature of the fuselage. Imagine the side panel, open on the pictures, closed over our "conduit", on which the fuse blocks are installed. Do you see how the available "depth" will be bigger in the middle of the conduit as compared to the top?

Of course, the panel won't close. With fuses installed, they would rub on the side panel. Not Good.

But relocating them down? What's the problem? Bowden cables, of course! I'd be too close to them, and I wanted very much to isolate my wire bundle and my bowdens; but even if I didn't, I still won't have enough room there for a terminal, and a nice 90 degree "turn" for the wire to go sideways (either towards the panel, or towards the firewall).

Well.. there weren't any good ones, so I ended up taking the best of the crappy ones. 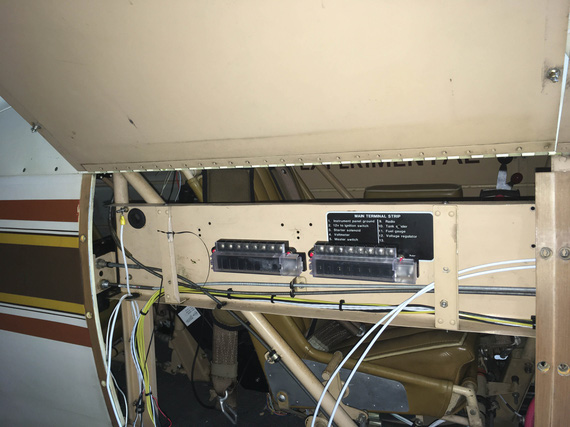 Not ideal, because they're flipped over - so technically, condensation can run down and into the fuse socket. Not a good situation to be in, but I can't do anything here. I guess, inspecting this area for corrosion is going to be on my Regular Maintenance List.

Oh, and I ended up with four extra perfectly drilled and deburred holes, right in the passenger's cockpit. That's what is on the other side of that "conduit".

I guess, I will attach a placard to them stating that those are "hole samples" or something (my friend Dick Gossen placarded a missing screw in his instrument panel once, so I figure I am allowed as well).

When headscratching about, and later installing the voltage regulator, Oil Cooler Air Shutoff Valve bowden was relocated (and because of that, I had to use a longer Bowden, which, gladly, I had an extra of after removing the Rotec's Throttle Body Injector).

All that was left was cut it to size, and install it into the valve's pivot arm.

Cutting bowdens? I don't know, I think it's easy. Pull out the actual control wire, and use bolt cutters. Push the wire back in, and trim to desired length. 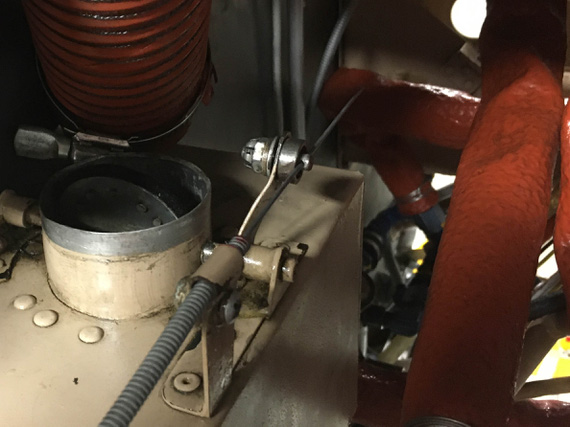 Notice the gap between the washer and the arm? Yep, the arm's too thin for the little bushing that's used here. 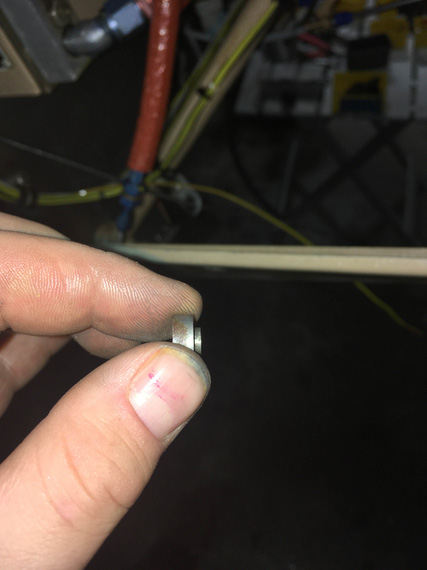 No worries, we can file that shoulder down....

The other minor problem? The hole that clamps the "eye" that holds the bowden's outer housing in place was drilled too close to the place where the eye begins. Result? Flat washer was too big to lay flat. 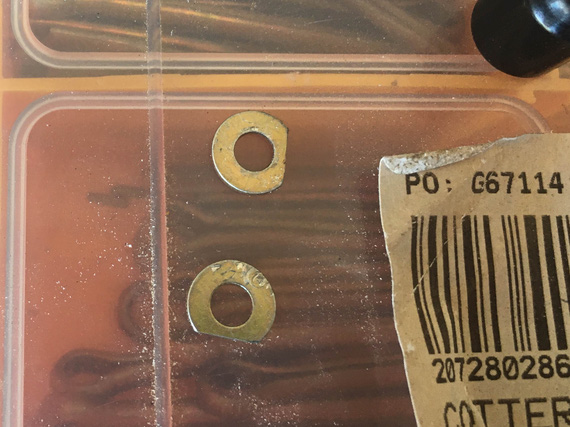 Put everything together, a bit of TorqSeal, a cotter pin, and we're done! (TorqSeal applied by a steady hand of a four year old, so please easy on your judgements, gentlemen!) 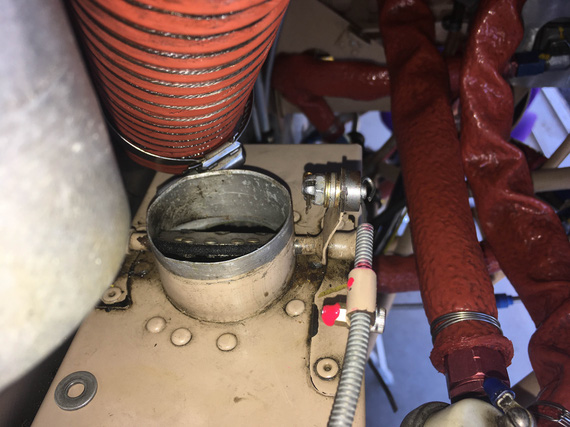 By the way, beats me why that oil cooler would need a shutoff.. It's way too small to begin with; and the SCAT feeding it is the whole 2 inches. I feel that I will excitingly find out how hot my oil gets in a Texas summer very soon....

Helicopters are really a bunch of parts flying in relatively close formation; all rotating around a different axis. Things work well until one of the parts breaks formation.