Only had a few hours today, so decided to concentrate on taking off the wing root fairings. As I mentioned before, the "back-side accessible" screws were set up to have nuts on them rather than nutplates. Well, I don't know about that accessibility.... 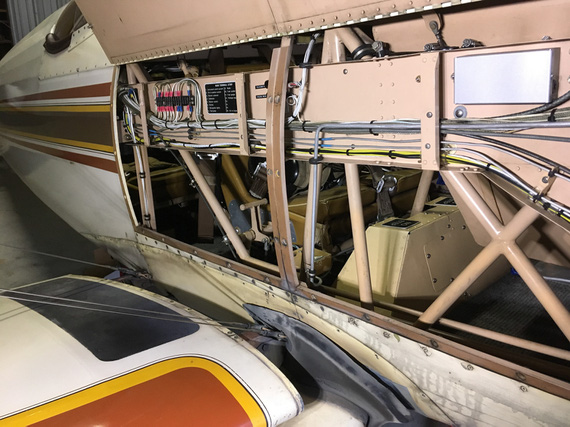 Most of them on the back side of the wing require you reaching with a wrench thru the rear cockpit, and my arm is just barely long enough to do that successfully. Since nuts are nyloc, no way I can hold them with my fingers - they need a socket.

Some of those nuts are in a U-type channel over which the fabric is glued, and some of the holes are off-center: making it impossible to put a socket over them.

I could've ground a socket down; but I don't have a grinder - so especially one of the nuts took a while to get off. And oh, you have to do all that without dropping the nut and the washer onto the floor (and having them go into the tail). So the process looked like this:

Having magnetic sockets helped. They weren't deep enough to grab most of the fully tightened nuts because screws protruded from them. I used them as magnets sometimes, and sometimes used my magnetic "fishing for lost hardware" probe.

Now I'm writing this, I realized what I should've been doing is using a long extension and a 90 degree adapter on my socket. Damn! But this still doesn't solve the problem with some of the nuts that were hidden almost behind things that were in the way (ie, a trim control wheel's attachment structure that's welded into the fuselage). 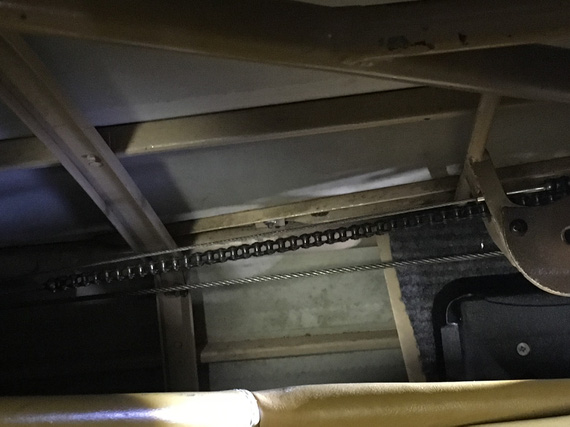 One of those pesky nuts

I'm considering replacing those nuts with Tinnerman-type and screws with sheet metal screws thru Tinnermans. I'd put some anti-chafe tape inside the U-channel, and then Tinnermans on top of it. Since Tinnermans are long, when undoing (or tightening) the screw, they will turn and touch the side of the U-channel, which will act as a wrench. 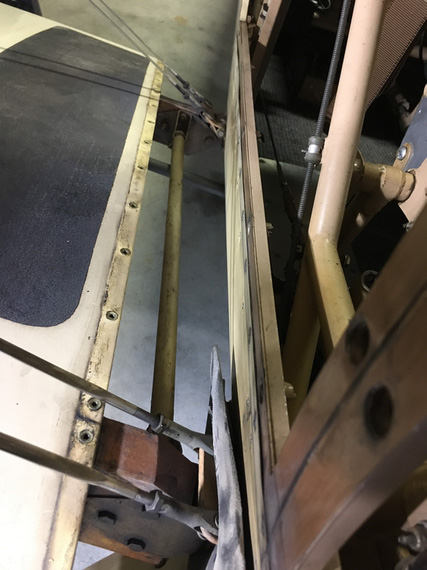 And that's literally all I got done today. Just took those damn screws out.

One peek is worth a thousand instrument cross-checks.